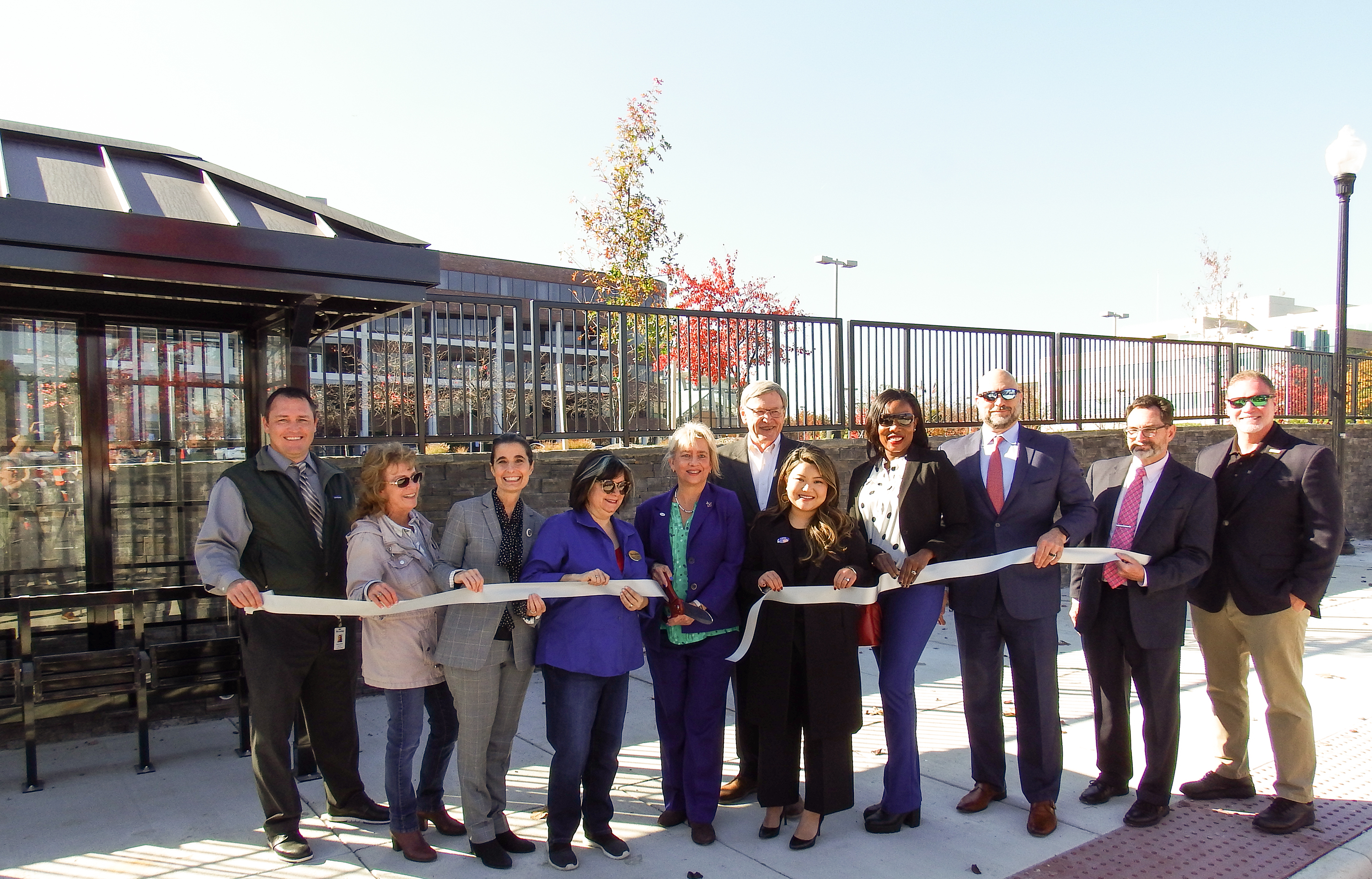 What was the scope of the Bus Bays project?

In alignment with the Town of Herndon’s plan to provide ready access for vehicles and pedestrians to the northside of Metrorail’s Herndon stop on the Silver Line, the newly-constructed bus bays provide drop off lanes in both directions along Herndon Parkway. The bays accommodate Fairfax County Connector buses as well as cars. Shelters were also built as part of the project, and a signalized crosswalk at the entrance of the Metrorail promenade allows for safe crossing of Herndon Parkway. Project construction began in August 2021 and completed in October 2022.

With whom did the town contract to complete the project?

The bus bays were designed by Clark Nexsen and built by Arthur Construction.

What was the cost of the project?

The total project cost was $5.9 million.  Construction costs accounted for $2.1 million; engineering and design costs were $600,000; and the costs to acquire right of way and relocate utilities were $3.2 million.

How much of the project was paid via grant funding, versus town taxpayers?

Town funding for the project was $1.2 million. An additional $1.5 million was funded through use of general bonds. The remaining $3.2 million was funded through federal, regional and local grants applied for and secured by the town, to include grants from Northern Virginia Transportation Authority (NVTA), the Federal Congestion Mitigation and Air Quality (CMAQ) program and Fairfax County Herndon Metrorail Station Access Management Study (HMSAMS) program.

Where can I get more information on the project?